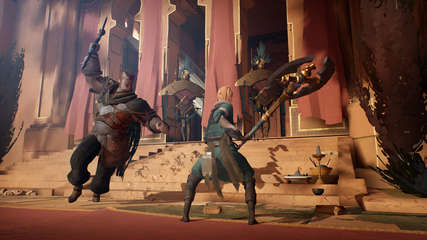 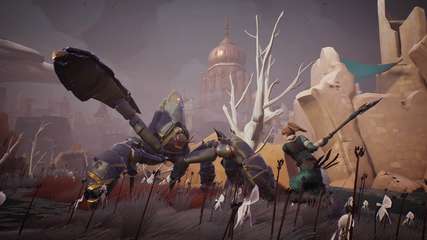 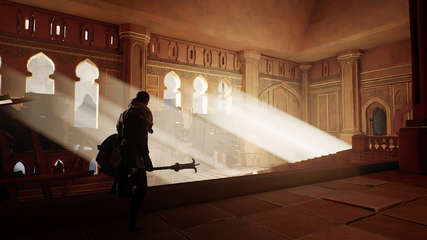 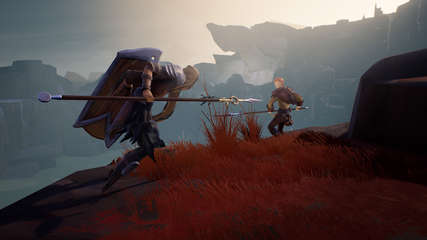 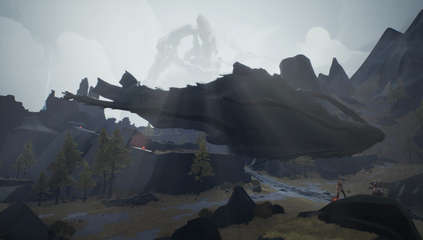 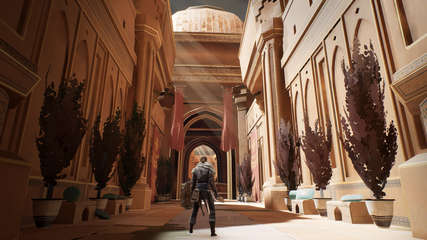 Ashen is an open world co-op action RPG about a wanderer in search of a place to call home.

Ashen is faithful to the “souls” genre of stamina-based combat, introducing players to a punishing yet satisfyingly vast world. But here’s the twist – no two gameplay experiences are alike. Whether you’re exploring bogs, investigating a fjord or pillaging an old palace, where you are at any given moment will dramatically alter the course of your adventure. It’s a brutal open world; you’re just living in it.

Ashen has no shortage of dangerous encounters, from hostile enemies to indigenous creatures. You’ll be rewarded for studying the environment and its inhabitants, planning your adventure rather than flying by the seat of your pants. The flora and fauna within the world aren’t just fantastical; they’re often fatal. Each confrontation, no matter how trivial, has potentially dire consequences.

As you discover survivors, you’ll have the choice to invite them to your Town. But these aren’t mere adventurers – they’re potential collaborators, bringing a plethora of crafting skills, from blacksmithing to foraging expertise, in tow.

Famed fantasy author Mark Lawrence (The Broken Empire trilogy) and renowned band Foreign Fields collaborated closely with the development team at A44 to craft a cohesive and unique narrative and sound.