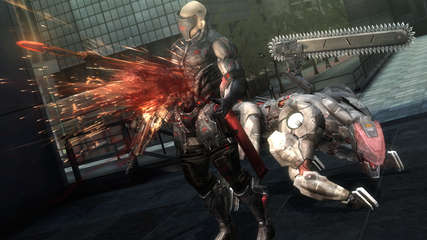 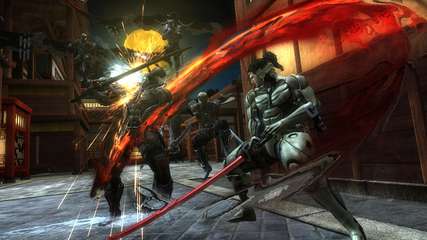 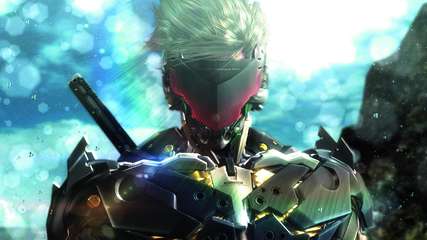 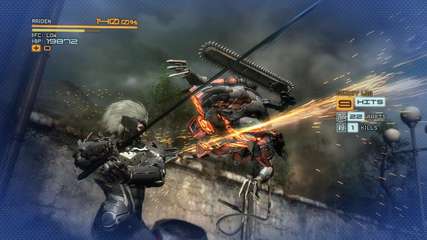 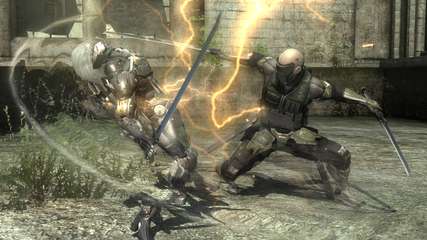 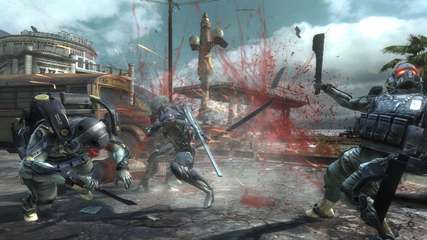 Developed by Kojima Productions and PlatinumGames, METAL GEAR RISING: REVENGEANCE takes the renowned METAL GEAR franchise into exciting new territory with an all-new action experience. The game seamlessly melds pure action and epic story-telling that surrounds Raiden – a child soldier transformed into a half-human, half-cyborg ninja who uses his High Frequency katana blade to cut through any thing that stands in his vengeful path!

A huge success on both Xbox 360® and PlayStation®3, METAL GEAR RISING: REVENGEANCE comes to PC with all the famed moves and action running within a beautifully-realised HD environment.

“CUTSCENES” option added to the Main Menu. Play any and all cutscenes.

“CODECS” option added to the Main Menu. Play all and any codec conversation scenes.

Menu option added to the CHAPTER Menu enabling user to play only the Boss battles.

There is an option reading “ZANGEKI” that will modify the amount of cuts you can make.

I don’t like lossy compression, but this game is a rare exception.

That’s why I made an option for you to download much smaller archive with re-encoded videos.

They still look pretty good at bitrate of 6~8 MBit/sec while keeping the same resolution and proper 5.1 surround audio. You can download this sample and compare quality:

If you don’t like the quality of re-encoded files, get original ones. Remember – the choice is always yours, not mine

You can skip downloading of files you don’t need. Here is the list of selective files: