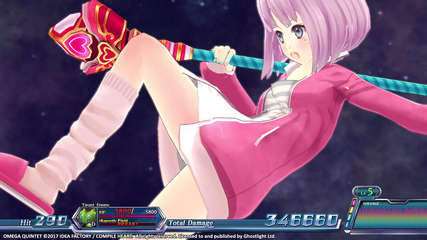 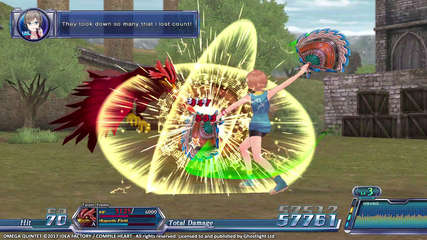 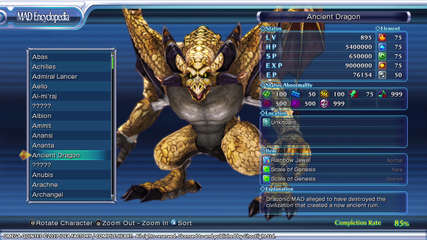 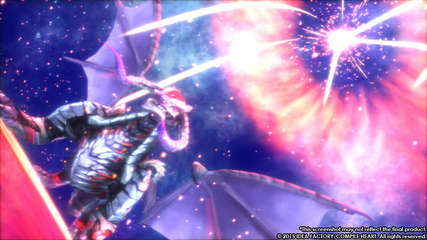 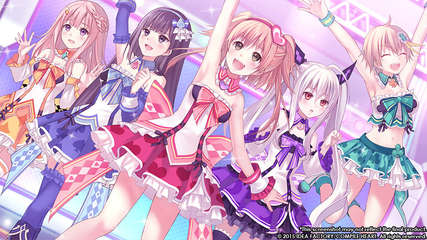 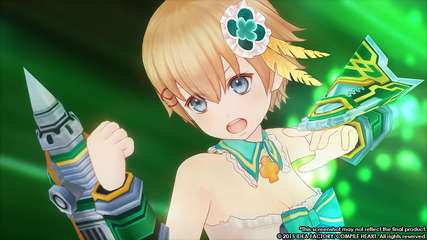 Humanity is in peril! A deadly phenomenon known as Blare threatens to consume all life on earth and is eating away at the minds of humans worldwide. No conventional forces can stop the Blare and it has rapidly spread worldwide. But in one city, a small population holds out against this deadly threat…

Enter the Verse Maidens: five exceptional girls with powerful musical abilities are the only ones who offer any hope. These inspiring, adorable idols must use their powers of song and dance to wipe out the Blare forever. Now the Verse Maidens’ strength and courage are all that’s left to protect the people, their hopes and their dreams…

Omega Quintet is a hybrid JRPG and Idol Simulation. Use your five super-cute idols’ sound weapons against the Blare’s evil forces. Build an arsenal of deadly attacks and skills and hype up your fans to unlock powerful combo attacks.

· Every battle is a stage, so play to the crowd! In Concert Mode gain a boost from your music, fill your Voltage Gauge faster and unlock your most powerful special skills.

· Extensively customize your idols’ looks. Change outfits, accessories, hair and mics. Be careful enemies don’t hit you with an outfit-busting “Costume Break”, leaving you vulnerable to attack and red-faced in front of your fans!

· Sing your foes into oblivion using the “Harmonics” system: weave different idols’ skills into incredibly deadly chain combos. Add each skill in the correct order to multiply the pain!

· Use the powerful PVS system to choreograph and produce unique music videos of your idols greatest hits. Use your mouse to throw in extra effects during the concert.

Plus, here’s a list of all the DLC bundles available on release, absolutely free:

First Verse Maiden War – Triple Towers has been added to the World Map. *In order to access this area, the game must have progressed to Episode 9.

Second Verse Maiden War – Square Centre has been added to the World Map. *In order to access this area, you must progress past the True Ending. *Depending on the game mode, some areas may not be accessible.