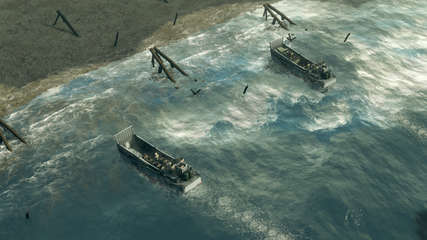 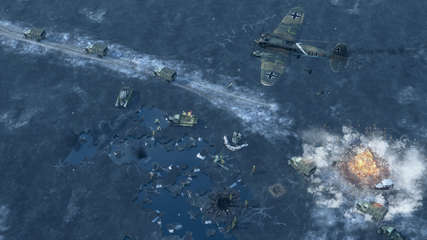 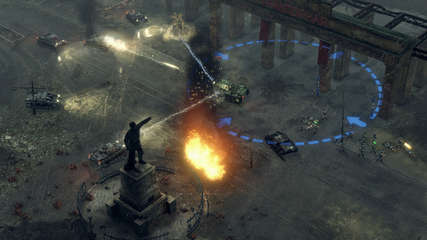 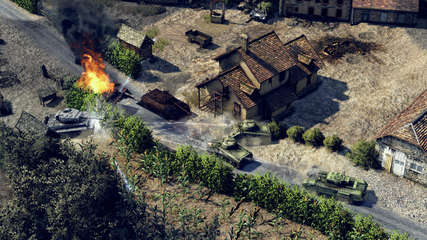 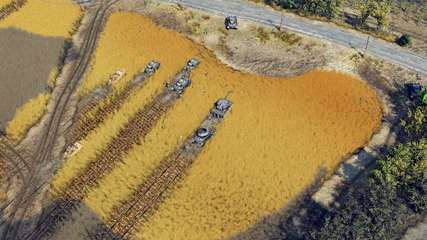 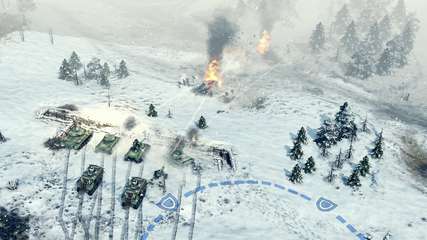 Sudden Strike 4 sends you off on three extensive campaigns set amongst the battlefields of World War II.

Commanding the Allied, German or Soviet troops, you will lead over 100 different units into battle; like the German bomber Heinkel He111, the Russian T-34 tank, the British Hawker Typhoon fighter plane and the notorious German Panzerkampfwagen VI “Tiger”.

In a first for the Sudden Strike series, you can now choose from one of nine individual commanders, such as George Patton or Bernard Montgomery, who will each allow for different approaches to combat and boast unique abilities.

Prove your strategic expertise in over 20 demanding singleplayer scenarios, the challenge-focused skirmish mode and the ultra-competitive multiplayer mode via Internet.

Exploit the weak spots of tanks, set up an ambush, occupy buildings with infantry, outmaneuver the enemy with clever positioning or unleash devastating air strikes – how you approach each mission is up to you!

In Sudden Strike 4: Road to Dunkirk, relive battles leading up to one of the world‘s most daring military rescue missions. Following the invasion of France in May 1940, the British Expeditionary Force and parts of the French Army had retreated to Dunkirk and awaited evacuation, while German forces had been closing in to crush them.

You can skip downloading of language packs you don’t need and bonus files. Here is the list of optional files (English is included by default):

In example, if you want to launch the game with German UI/Subtitles/Voiceovers – skip all “optional” files, but download fg-optional-german.bin & all main files (01-05).

This repack IS NOT backwards compatible with my previous SS4 repacks.